The vast majority of on-site septic systems are based on the same principle: biological water treatment. Although this natural process has many advantages, you could encounter some inconveniences – such as odours coming from the septic system.

The biological treatment of wastewater is, in fact, the combination of many matter transformation processes. The pollutants are not simply eliminated, but rather transformed in several ways:

This gas production is inevitable, but some precautions can be implemented to ensure passers-by don’t get a whiff. 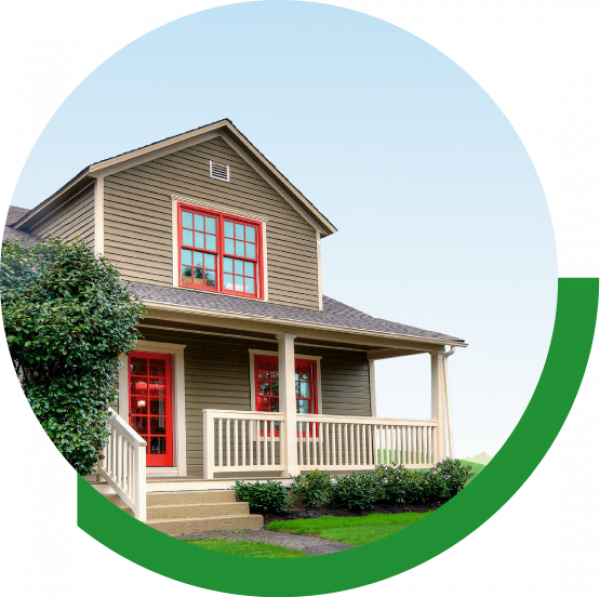 If odours are detected inside, the problem is usually directly related to the plumbing. Although the normal flow to dissipate gasses is through the exit vent on the roof of the building, gasses will try to evacuate through the fastest route. For instance, an empty P-trap (no water) is a common source of odours in a building. Simply filling the P-trap with water blocks the exit.

It is important to understand that to completely dissipate, gasses must achieve a certain exhaust velocity. Many factors can hinder the circulation of gasses, leading to a lower exhaust velocity. This could mean that instead of gasses rising and dissipating in the atmosphere, they will drop to the ground.

Here are some of these factors:

When there is a lifting station, the ventilation circuit going from the entry vent to the exit vent is broken by the small-diameter pipes used for pumping and the fact that the pump itself is under water.

If the lifting station is many meters from the treatment system, a simple bypass is impractical. An alternative is to simply create a ventilation circuit specifically for the treatment unit, with its own entry and exit vent. A 3-m differential must be maintained between the two.

Elsewhere on the site

Tank lids that are improperly closed or not airtight are a frequent cause of odours on the site. Start by checking if they are tightly closed; if not, add material (earth, snow) to render the lids impermeable.

An insufficient quantity of earth on top of the treatment system could explain odours on-site.

The dissipation of gasses is strongly influenced by atmospheric pressure. A carbon filter can be installed on the exit vent on the roof. Carbon is very efficient in adsorbing different gasses, so it is often used as a filter. However, the carbon granules must be replaced at a frequency relative to the system’s use – or whenever the odours return.

Gas production is inevitable for any wastewater treatment technology based on microorganisms. This gaseous production is in fact an important step towards the complete elimination of some pollutants. A well-conceived and unhindered ventilation circuit is crucial to the efficient dissipation of gasses – which means no issues with odours that are linked to the treatment system.

For a more in-depth look at the issue, please consult the DBO))Clic document below. 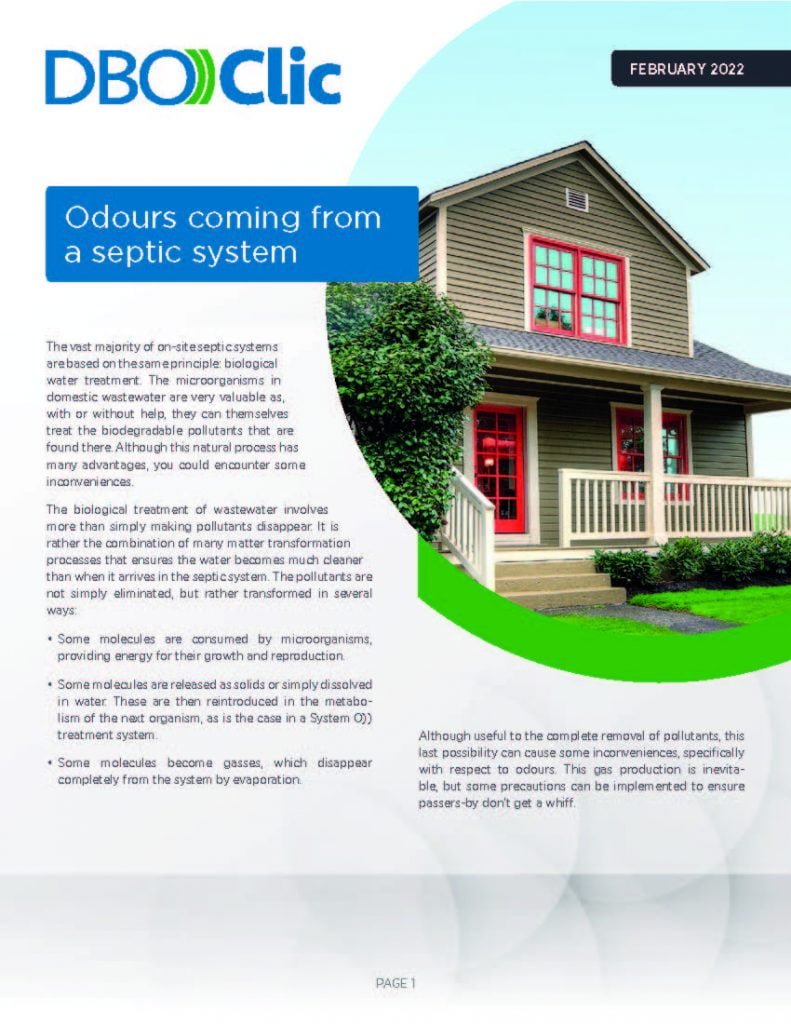